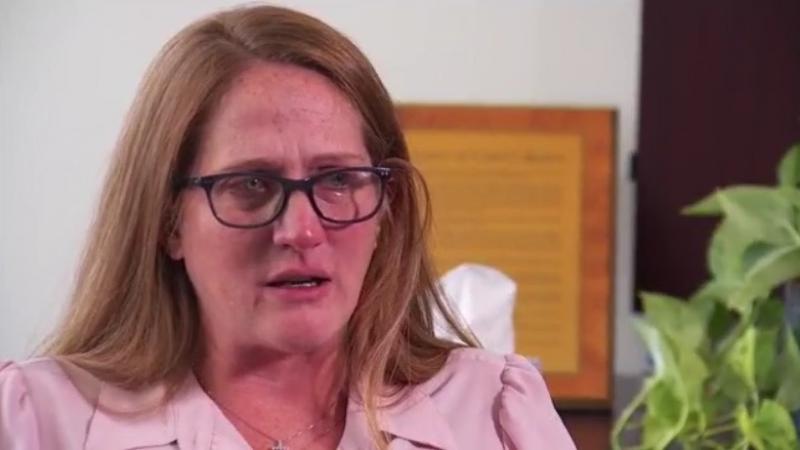 The disturbing allegations come from a former employee of Jewels Jewelry in Rotterdam. She says her boss harassed her, used racial slurs and sexual innuendo.

The woman says it all started because of who she was dating at the time.

13 Investigation of blurry sensitive images in the story, but even the description is shocking.

By all accounts, Nicholas Andreoli is a fun-loving, generous and successful businessman, according to photos provided to 13 Investigates.

However, his former employee, Cortnie Costello, describes him much differently.

Costello worked at Jewels Jewelry until August 2021, when a series of racist and sexually explicit behaviors became too much. She says her boss made nasty jokes about her then-boyfriend, who was black, including a black sex toy nailed to the wall next to her desk.

Then there were the vile insults.

Costello says she probably should have quit and taken legal action at this point, but she says it took one last humiliating incident for her to defend herself.

According to the lawsuit, “Andreoli approached the plaintiff [Costello] from behind and deliberately and intentionally pulled her shorts up to her ankles while the complainant [Costello] legally took care of a client.

Costello says she was mortified.

Costello’s attorney, Daniel Smalls, says it’s surprising that this is the only charge. He says Andreoli should have been arrested for forcible touching.

13 Investigators contacted the store several times to try to speak to Andreoli. We stopped by Jewels Jewelry on Monday and called the store twice on Tuesday to see if they wanted to comment on the lawsuit or the criminal harassment charge against them.

Twice his employees told us that he was not available. Then another time they just hung up on us.

Meanwhile, a Rotterdam City Court judge has also ordered Andreoli to stay away from Costello.