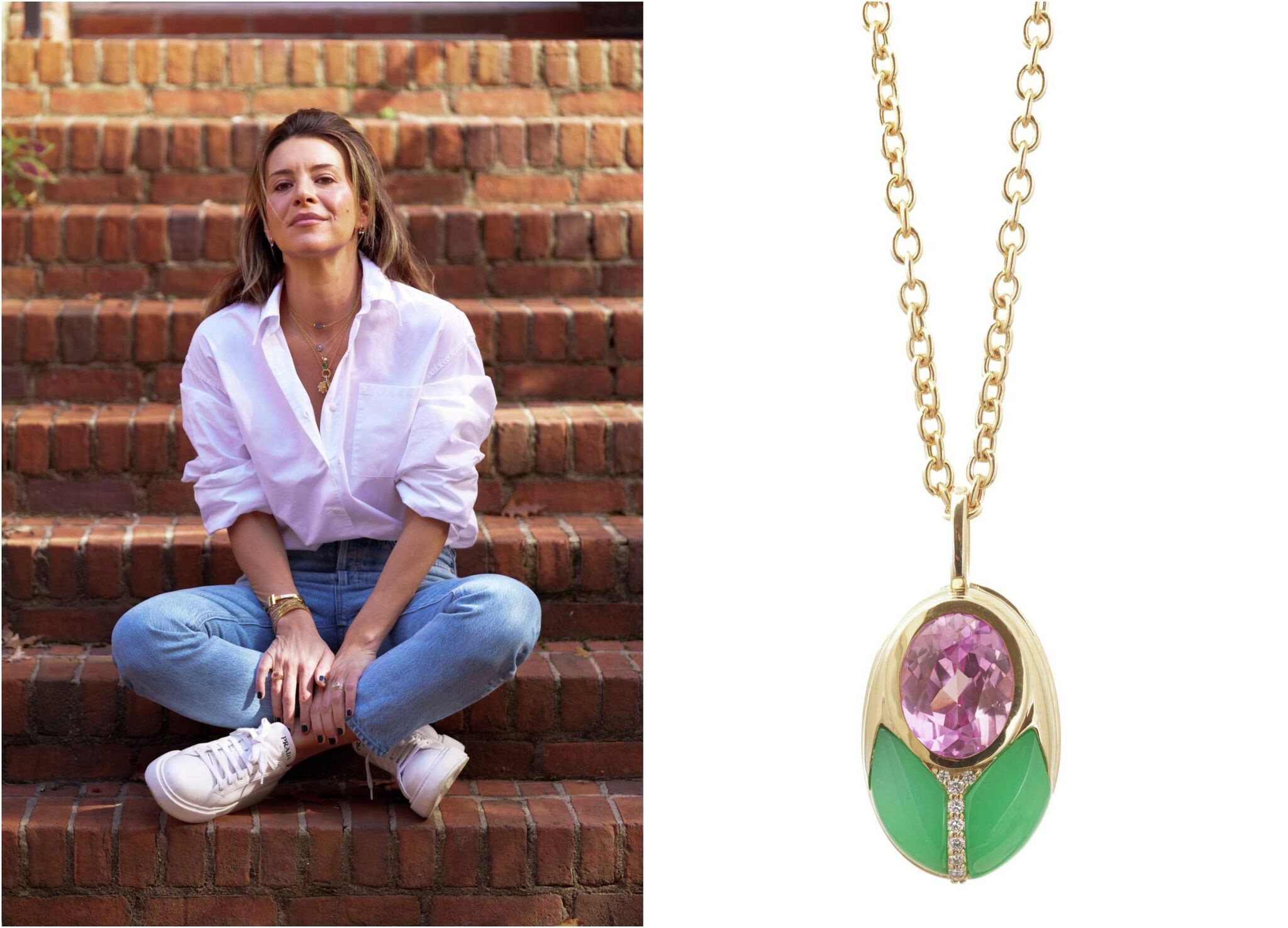 This is a carousel. Use the Next and Previous buttons to navigate

When Houston native Camille Zarsky was beginning construction on her fine jewelry boutique in New York’s West Village, which she calls home, she was approached with the opportunity for a summer pop-up in the Hamptons. Zarsky, a former designer of a line of exotic skin handbags, says her new retail concept is inspired by her time spent visiting specialty boutiques that were stockists of her line. “My favorite places to shop have always been outside of New York,” says Zarsky, referring to Maxfield in Los Angeles and the now-closed Colette in Paris. “Great experiential, super fun, you might not buy a lot of stuff, but you’ll always remember how cool this store was.”

Zarsky has set out to create a destination retail experience when the Seven opens this fall in a prime location at the corner of Bleeker and Christopher streets once occupied by Jo Malone, not far from his own West Village home. Until mid-September, The Seven is a temporary pop-up in Sag Harbor showcasing pieces she’s purchased from brands including Emily P. Wheeler, Sorellina, Jenna Blake, Loquet of London, Mason & Books , The One I Love, Devon Woodhill and Eva Fehren. “Lots of color, joyful, exciting jewelry” in vibrant gemstones, she says.

The permanent West Village boutique will also offer fine housewares, perfumes, candles and a tight mix of ready-to-wear. “From the moment you set foot in it, you’re literally in another world,” Zarsky says of the space split into two distinct environments. Hand-painted wallpaper and vintage furniture set the mood of a 1920s sunroom, she says, before an archway transports guests into an outrageous space designed to look like a woman’s private dressing room. woman. Featuring an espresso bar and secret alcoves that reveal hidden accessories, Zarsky will welcome discerning guests into a VIP viewing room, where a key opens a cabinet with doors that open to reveal a wall of jewelry from the floor to ceiling illuminated from behind.

Zarsky plans to host dinner parties, community events and fundraisers at The Seven, named after Zarsky’s late mother, Meredith Wilson, who was one of seven Houston-born, Houston-raised sisters. Wilson has been a teacher at Kinder High School for the Performing and Visual Arts, curator at the Contemporary Arts Museum Houston, and creator of the jewelry brand La Sette Sorelle.

“Shopping is part of my DNA,” says Zarsky. “My first shopping experiences were with (my mother and my aunts). It’s really a creation of those experiences I had growing up in Houston. A sort of nod to my family and all the women who have inspired me.